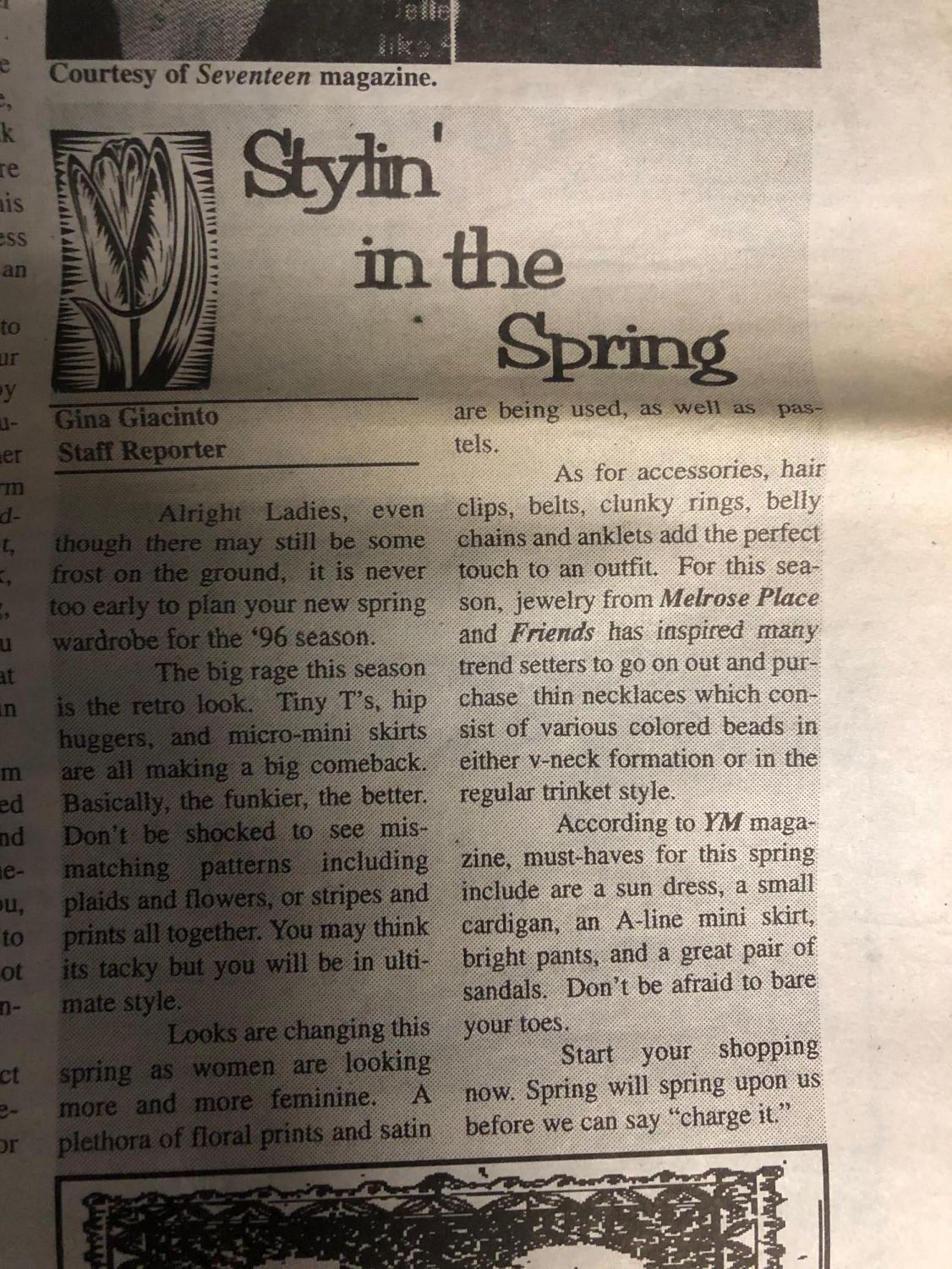 Article from The Siren (Lucy Scorziello)

Article from The Siren

How Much Has SHS Changed Over the Years?

Not Much Has Really Changed, Katarina

The world is constantly changing. Whether that be society as a whole, or smaller communities like Stamford High School. Thinking back to the way Stamford was in 1937, or 1973, though no current SHS students could have experienced that, it seems incomparable to the way it is today. The Siren, which was the original name for The Round Table, has a special way of conveying the social history of SHS, and reveals that teenagers have always been teenagers, and that some things never change.

Teens have always, and will always, do things that teachers tell them not to do. The issue of smoking has been prevalent at SHS for a long time. With the increase of vaping in school last year, locking the bathrooms seemed like a great solution. In an issue of the Round Table from 1974, a story called “WANTED: Open Bathrooms” discusses the same situation. “The bathrooms are closed mainly to stop the smoking of cigarettes and marijuana” said Mr. Parente. Even further back on the timeline of this smoking issue at SHS, an issue of the Siren from 1937 published a story called “Smoking Regulations” which discussed a different solution to this problem by allowing “supervised smoking.” Whether it be 1974, 1937, or 2021, the student smoking dilemma in school will always be an issue, and the Round Table proves that.

Although the means of high school students’ communication has changed since 1937, their vocabulary has not. According to The Siren, “The simple and unique word Foo is the most popular word in the current vocabulary of many high school students all over the country today”. “Today” from 1937 that is. Today, in 2021, slang like “Bet” and “Bruh” are being used by SHS students. The “Foo fad” in 1937,  had gone so far as to becoming the “Foo club” and girls’ scarfs and boys’ ties beared the title “Foo”. You could say that teenagers have always taken inside jokes a bit too far and they love speaking with slang.

Fashion is, and has been, a fun way for high school students to spice up their school day. The clothes you wear can be a form of self expression. What was trending amongst SHS students in 1996 is actually still trending today. In an article from the March 1996 issue of the Round Table titled “Stylin’ in the Spring”, staff reporter Gina Glacinto said, “As for accessories, hair clips, belts, clunky rings, belly chains and anklets add the perfect touch to an outfit.” Does that sound familiar? Chunky, colorful jewelry, and tiny hair clips are seen all around SHS today. Glacinto also said that “must-haves for this spring include a sundress, a small cardigan, an A-line mini skirt” and “bright pants”, which are clothes that have recently grown in popularity on social media. Start flipping through some 1996 issues of the Round Table for some outfit inspiration because SHS student fashion has not entirely changed since then.

Although the world is constantly changing, some things will never change for teenagers. Whether it be personal habits, the use of slang, or fashion styles, it seems that they are always reappearing and reinventing themselves.

Of Course Things Have Changed Lucy, Don’t Be Ridiculous 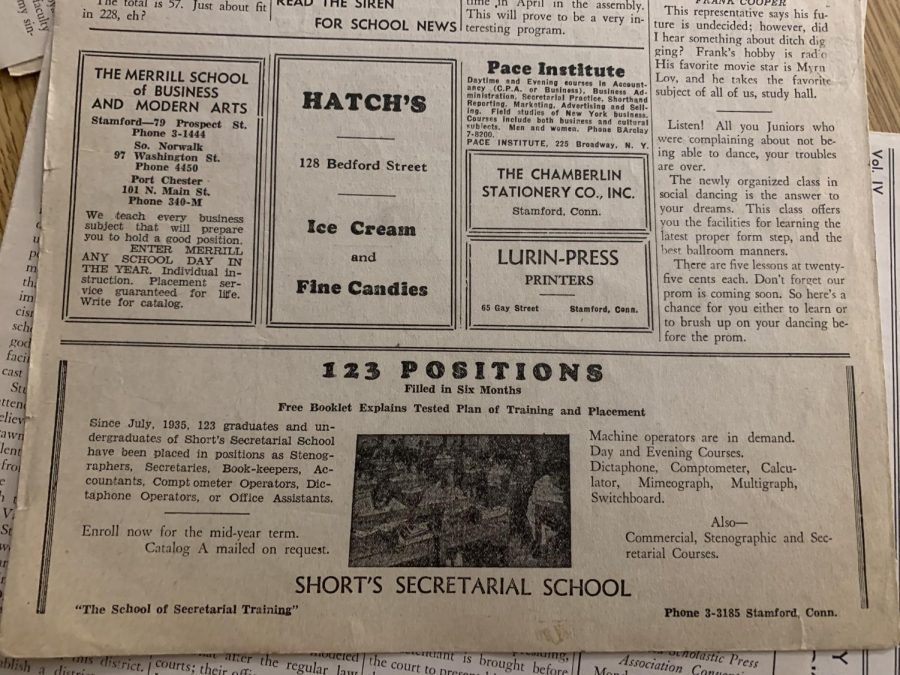 Have you ever wondered how much life as a Black Knight has really changed throughout the years? Short answer, it’s changed a lot. 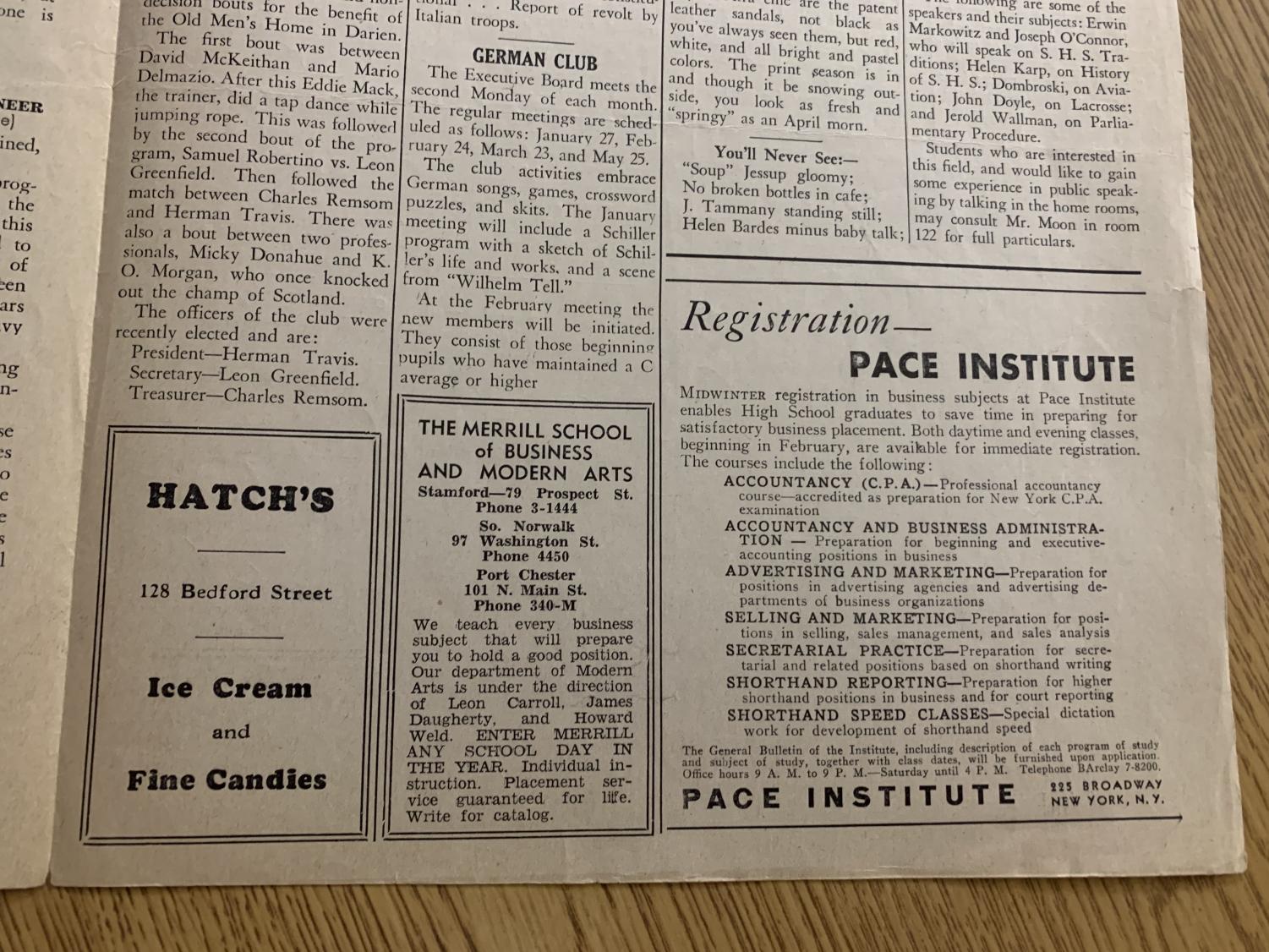 When Stamford High first began the Round Table, which was originally named “The Siren”, each newspaper cost around ten cents, which was later slightly increased to about 25 cents in the 1970’s. Could you imagine having to pay money to read the Round Table articles? Lucky for us, now everything has now been digitized, paying money to read an article is no longer an issue. However, with the change of the publication from actual paper to an online forum, the ads that once flooded the newspaper were removed. With this change from paper print to an electronic print, the newspaper has become more accessible for the staff, students, and families of Stamford High School.

The halls of Stamford High are lined with lockers that have not been touched by the last several generations of Black Knights. Back in the 1900’s, lockers played a key part in students’ lives. The use of these lockers went beyond just storing school supplies. The girls turned their lockers into “convenient makeup centers,” so they would be able to avoid the issue of touching up their hair and makeup in the school bathroom, while the boys would fill their lockers with photos of cars and their girlfriends as a form of “daily motivation”. The lockers that were once filled with photos, mirrors, books, etc now go untouched by the newer generation of SHS students.

Not only has the lives of students and staff at SHS changed over the years, but so has the appearance of the school itself. Stamford High School began as a single rented room. Students who attended SHS in 1874, which was when the school first opened, had a singular teacher  who taught all six of their core classes, which included reading, math, and philosophy. By 1896, the SHS building was finally complete. After the completion of the building, students who wanted to go to SHS were required to take an entrance exam, however the mandatory entrance exam was later eliminated in 1905. Finally in September of 2006, the last building of the SHS we know today, was completed.

Stamford High has gone through many changes over the last few decades. From a change in the building itself, and a change in the way students live their everyday lives. Boyle Stadium, which is now used for gym class and several sports, was once a brand new development to past SHS students. The courtyards that are now under constant construction were once used for students to take smoke breaks and enjoy their lunch under the sun. The Stamford High School that began as a single classroom with 62 students is now a school with nine floors and thousands of students that roam its halls.