Strawberry Hill Players Back On Stage With “Bad Acting” 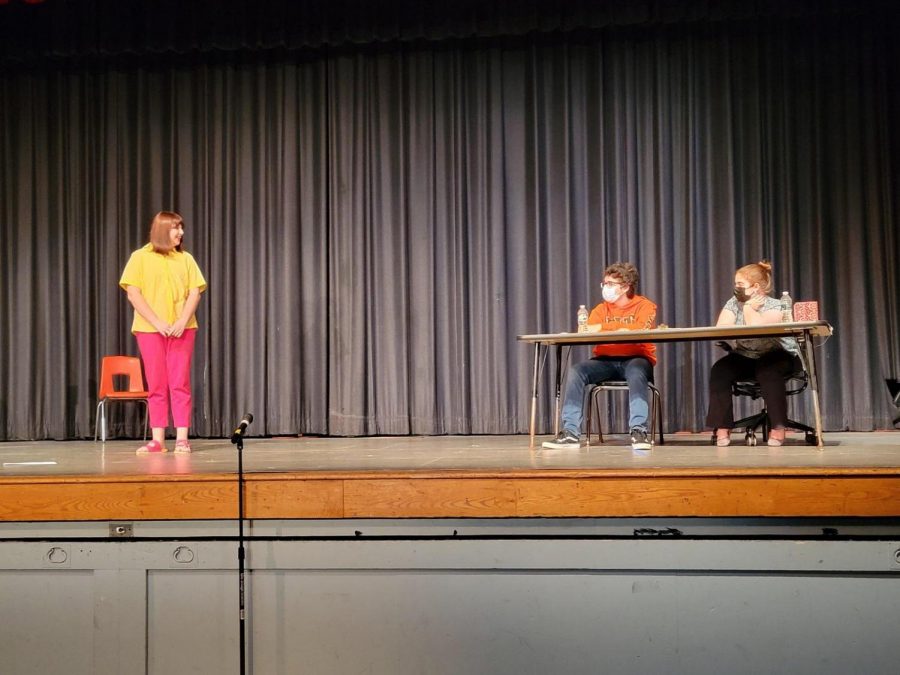 After nearly two years of delay, the Stamford High drama club was finally able to perform their rendition of Bad Auditions By Bad Actors live and on stage. Their previous performance, The Addams Family, took place in the spring of 2019, leaving the audience in anticipation for their next production. Having followed the necessary  COVID-19 safety guidelines, the Strawberry Hill Players were able to give the audience what they had wanted, a show.

Bad Auditions by Bad Actors is an entertaining comedy that narrates the Red Barn Theatre’s last minute casting for its yearly production of Romeo and Juliet. Chaos and frivolity quickly ensue as bad actor after bad actor comes to audition, each one being more tormenting than the last.

The two-act show can have its ups and downs. You will find yourself deeply invested in some characters that audition with their vigor and uniqueness, while other characters can seem like a missed shot. It has an underwhelming plot that leaves much to be desired, but the focus is more attuned to the diversity of the outrageous actors auditioning that will leave sizeable impressions.

With an overall stellar performance by the cast, a couple of roles certainly stood out. Alex Rubin had a presence, reenacting two vastly different parts: Avery Stern, the egocentric director, and Josh, the pantomime. Carol Danes, played by Katie Priscott, and Roger, played by Pierce Colfer, had terrific impersonations of their characters. In any case, Bad Auditions by Bad Actors gave everyone in the cast a chance to showcase their talent on stage.

The Strawberry Hill Players opened this comedy production on Friday, Nov. 5 and Saturday, November 6 with both showings starting at 8:00 p.m. The show ended with audience members on the edge of their seats. “I wanted to see the play,” said Bennett Toland, an almost 7-year-old girl completely immersed and awaiting the Red Barn Theatre’s rendition of Romeo and Juliet.

Unfortunately, there will not be anymore future showings of this production, but be sure to catch the Strawberry Hill Players in their next performance this upcoming winter, Senior Scenes.