Netflix’s ‘You’ Returns For Season 3 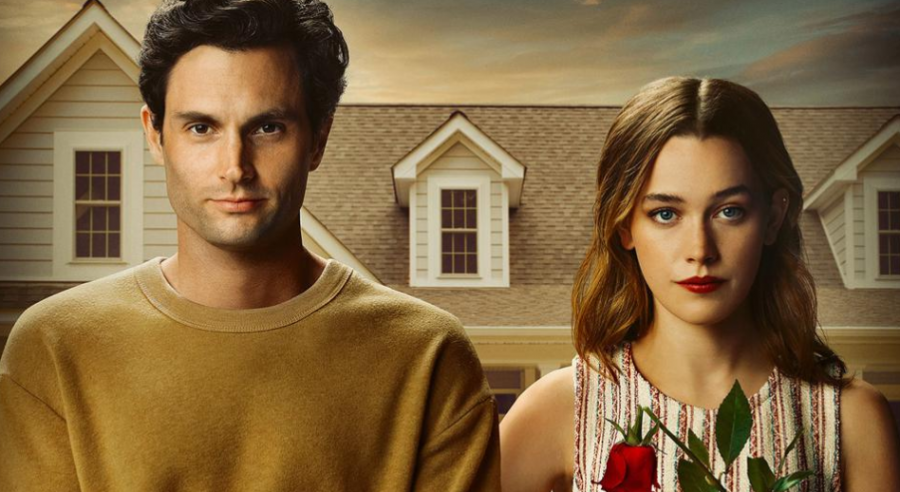 Hidden behind Netflix’s popular “Squid Games” and “Money Heist” is a series known as “You”. “You” is a well-known, drama-filled Netflix show starring Penn Badgley as Joe Goldberg directed by Lee Toland Krieger. Its newest season came out on Friday, October 15, and is currently Top 10 on Netflix. While watching, you feel the suspense, the betrayal, the heartbreak, and the love all the characters bring into the mix.

Joe Goldberg (Penn Badgley) in simplest terms, is complicated. Badgley portrays Joe so well, especially in his darkest moments. As seen in previous seasons, Joe tends to follow a cycle to find love. It starts with a boy finding interest in a girl, stalking her, becoming close with her, and then it takes a turn for the worst leading to the girl’s demise. He would continue this cycle if it weren’t for Love Quinn (played by Victoria Pedretti). Pedretti plays a loving mother, amazing chef, psychotic killer, and lover all in one. It is amazing how she is able to balance out the characteristics of Love.

The new season has a new look and feel to it. Having moved to San Francisco, the vast majority of the cast is new. These roles include; new coworkers, new neighbors, new friends, and new frenemies. Despite their repetitive tendencies, you never know what to expect from Joe or Love. They make their marriage work no matter what life throws at them.

In case you’ve forgotten what has happened in the previous seasons, the show opens up with Joe. He falls in love with Guinivea Beck despite her messy life. From there he murders the toxicity out of Beck’s life until she figures out who he really is. Eventually, Joe is forced to kill the love of his life. Season 2 focuses on his new target, Love Quinn. He’s back to his old tricks following a web of lies. He tries to make their relationship succeed no matter who or what gets in the way. What is different in season 3 is that he is more focused on his child than anyone else. He is trying to change his old behaviors. Instead of him being the one to make the mess as seen before, he is now the one cleaning up someone else’s.

If you find interest in major plot twists, love stories, and a sociopathic stalker, then this is the show for you. “You” is more than just a show about murder. The viewers have a chance to learn about themselves and their relationships through the challenges the characters face.