How to be Happy at Your Second Choice 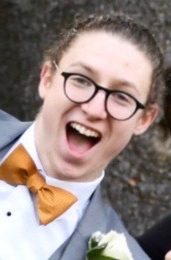 Every year, there is a period of the senior class’s life that is defined by the release of college acceptance letters. Receiving these letters is equal parts exciting and downright terrifying, as it is easy to become tunnel visioned on the school that you believe is the perfect one for you. This mindset can be very destructive and depressing, as getting rejected from your dream school can make all your hard work from highschool seem meaningless. This couldn’t be further from the truth. After having interviewed two students who are incredibly happy at a college that was not their first choice, we can confidently reassure ourselves that the possible experience of disappointment from being rejected from a dream school, that college is what we make of it regardless of where we are, and attending a school we are accepted into may be one of the best things that ever happens to us.

One’s success in college is dictated by their dedication and passion for what they are doing, not the number associated with their school in a ranked list. Stamford High Graduate of the class of 2017 Malcom Tom supports this statement, claiming, “My college may not have had the number one filmmaking program, but I still learned more than I ever thought I would and met some of the best people in my life.” This sentiment can be applied to any form of school or aspect of life in general. The world is what we make of it, and with an understanding of this power we possess, we can maximize both our enjoyment of our time and what we get out of it, which in this case is an education. Malcolm also mentions another incredibly important element of college: the people you meet. This is arguably the most defining characteristic of one’s college experience. When you ask your parents about the time they spent at college, the vast majority of the stories they tell are not about the specific programs their school offered. They’re about the people they met, the things they did, and the lifelong friendships they made. These friendships can be made at any school. You never know who you would’ve met had you gone to another school, so it’s important to just enjoy who you have and be thankful for the experiences you have with them.

Another Stamford High graduate, Andrew Patashnik, has also reported being extremely happy at his second choice for college. Andrew graduated in 2020, and his dream school was Carnegie Mellon. Although he didn’t get into that school, he did manage to get into Syracuse University for Theatre Design and Technology. Andrew himself claims that he was not interested in attending Syracuse in his senior year, as he truly had his heart set on Carnegie Mellon; however, he couldn’t be happier there. After shrugging off the initial disappointment of not attending his dream school, Andrew reevaluated his options and landed on Syracuse, where he has found his home away from home. In an interview, Andrew states, “I absolutely love the community I am now proud to be a part of.” He has found his people and his home in his second choice school, and if he can do that, so can everybody else.

What Malcom Tom’s and Andrew Patashnik’s stories both have in common is they have both found a community that makes them happy. Despite not being at their dream school, they have made lifelong friends and have had or will have many years to create wonderful memories with them. In addition to this, they are both beyond satisfied with the education they are receiving, as their motivation comes from a place of passion and inner drive. I hope their stories can provide hope for people who are disappointed in the results they received this past year and for students in future years to come.

These stories are only two examples of a very common circumstance that so many students experience. So many people end up perfectly happy at their “second choice.” Even people like Presidents Barack Obama, Harry S. Truman, and Supreme Court Justice Antonin Scalia were rejected from their dream schools. Being rejected from a school that seemed to be “the one” can seem deviststing, but it also gives students the chance to thrive at the school that they end up at with a great education and valuable experience.