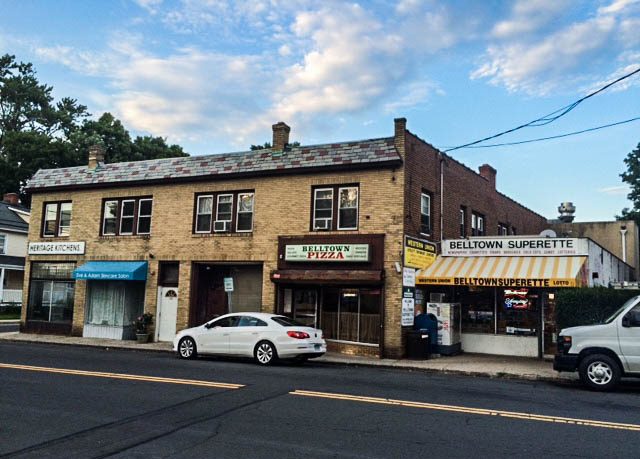 Belltown Pizza is a Stamford favorite. For a while, I have considered it to be the best pizza in Stamford, so I decided to review it. Belltown is only about a mile from Stamford High School. It’s a classic “hole in the wall” pizza place with great food. The people there are nice and the food comes out relatively quickly. It’s a small building with a huge oven and great smell. I decided to get one plain slice and one sicilian slice.

The plain slice was a perfect example of a simple slice done very well. The crust was thin and very crispy. When holding it up, it had no floppy appearance. The sauce was tangy and flavorful. The cheese melted perfectly and it wasn’t too greasy. If looking for an ordinary slice of pizza in Stamford, I highly recommend this slice.

It’s important to note that the individual slices at Belltown Pizza are often better than ordering entire pies. When they heat the pizza up in their oven again, the sides get extra crispy and the pizza can improve by around 0.5 points.

The sicilian also did not disappoint. The crust was fluffy, but it was crispy and incredibly flavorful. The sauce was just as good as it was on the plain slice. There was a perfect amount of cheese.

I have very few complaints about Belltown Pizza. There isn’t much that’s very unique or special about this place, but everything that they do is done well. I highly recommend getting pizza at Belltown next time you’re craving a slice! The scores are as follows: 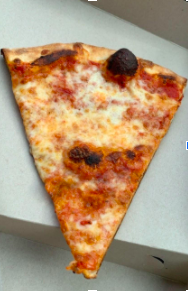