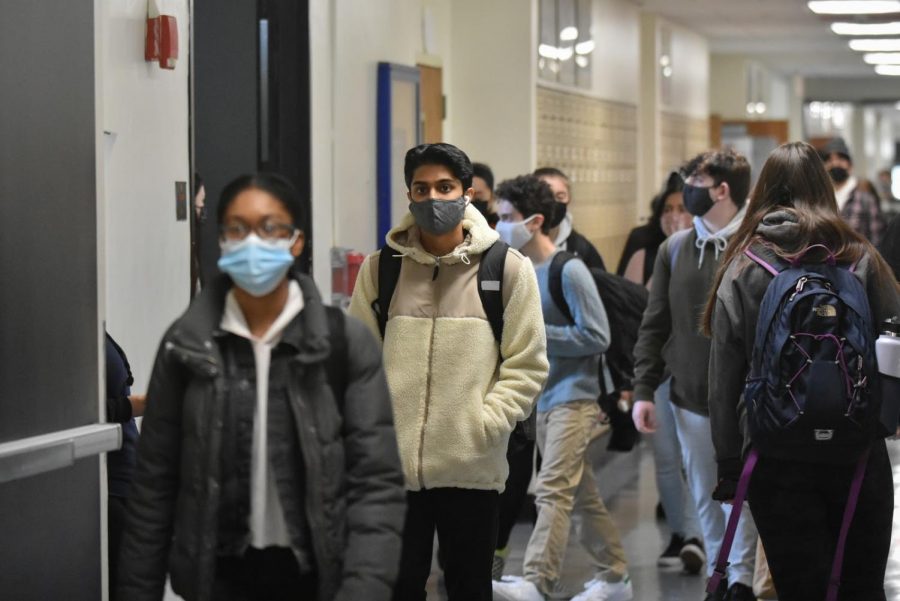 Some staff are concerned that a full-time return would jeopardize students' safety.

The district’s plan to return all high school students  full-time has sparked debate not only among Stamford High School students, but also among staff. While some believe the merge between “Green Day” and “Blue Day” students will be beneficial towards their education, others believe that this plan is a recipe for disaster.

While many staff members agree that students in class full-time would make teaching much easier, others feel that this might not be the safest option. Teachers received their vaccines on the weekend of March 13. Furthermore, now that they are vaccinated, they feel more comfortable with their students returning back five days a week.

Although students are not as prone to contracting the virus as adults are, they are still at risk. “Presently I have a maximum of 14 students in one of my classes. With full capacity the number of students will go up to 24. How am I going to implement the social distance in my room?,” said science teacher Saleh Jahangir. As Jahangir said, no one is quite sure what to think about the situation and how protocols would remain in a full-capacity school. Obviously it would be easier to teach with a whole class, but is it entirely safe to come back to 20-30 kids in a classroom?

Several security guards agreed that it would be much easier to go back full time because they would not have to ask students their last names every morning. One of their duties is to ensure that each and every student is coming in on the correct day; you can imagine how this becomes an aggravating task. Going back full time would prevent them from having to kick students out of the building.

Student athletes and coaches alike hope for a relatively normal spring season. Math teacher and lacrosse coach Diane Burns told us, “Practices start a little later than normal to give time for people who are at home to get to school without missing the last period, but this also allowed for extra time for the athletes who were in school that day to work on their individual skills or homework in late weeks.”

Burns went on to say that if students were all in school together maybe practice could start a little earlier, and there would be less of a chance of anyone being late.

Not every teacher agrees that a full-time return is the best option. Psychology teacher Jeanne Valentine said, “While I think school is the best place for students, I also don’t see the need to rush now that we can see the finish line. Let’s get all the teachers vaccinated and give that a chance to take effect before rushing full steam ahead. Also, my concern for school has always been high-density areas such as the cafeteria and hallways. If we can eliminate lunch and find creative ways students will adhere to, then maybe a fourth quarter return can be done safely.”

Many of the staff members we spoke to agreed that cafeterias, breezeways, and stairwells make returning to school very difficult.

Some also mentioned a new rumor that has spread through the school that the district is considering making every day an early release day when high school students eventually return full time.  This would elimante the need for lunch, to avoid any crowdedness in the cafeteria.  However, this appears to be little more than speculation as no such plans have been announced to date.