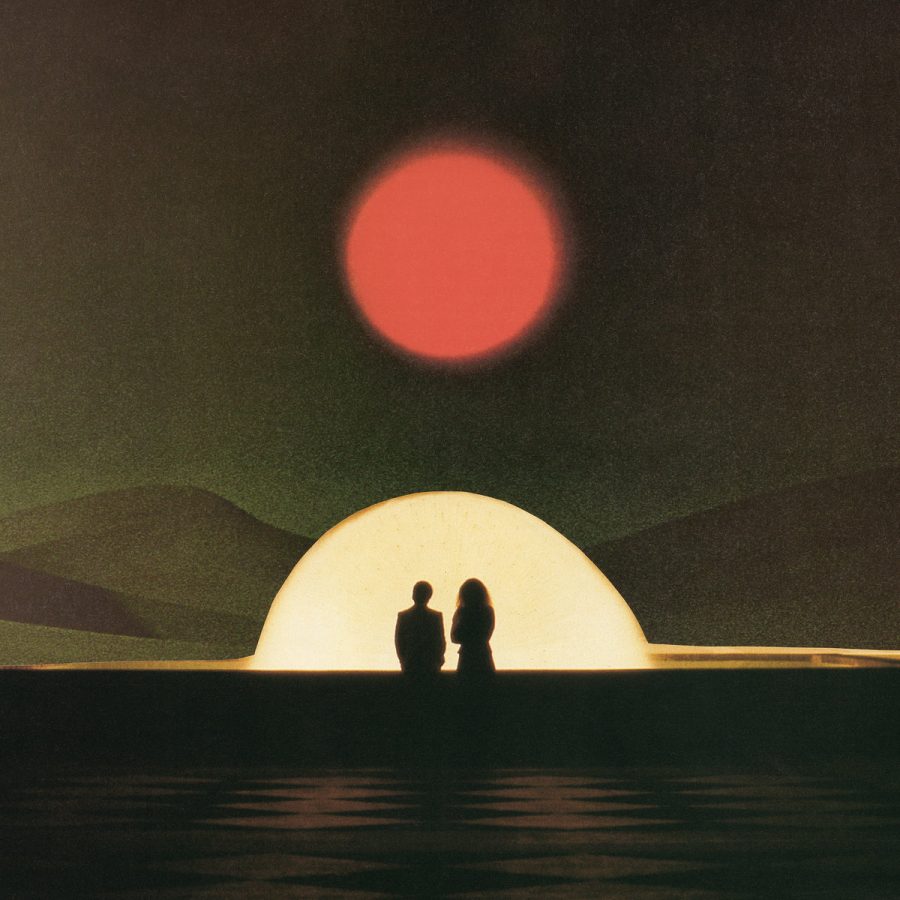 The cover art of "Impossible Weight"

The band released its third project “Impossible Weight,” produced by the record label High Beam, on Oct. 16, 2020. The album is at first glance packed to the brim with punchy electro-synths and classic rock elements floating above a fulfilling soundscape. Upon closer inspection, “Impossible Weight” also combines elements of indie and alternative music, which gives it a unique edge.

The album’s instrumentals can be easily compared to those of artists such as Lucy Dacus and Sharon Van Etten. Van Etten’s influence in particular can be felt, as she is featured on the album’s title track in a full and vulnerable performance which she absolutely nails.

The standout tracks production-wise include “Lights Out” for its mesmerizing chord progressions as well as “Eyes Are Red (Don’t Be Afraid)” for its jarring synth work. To top it all off, the mix is garnished with barely-there distortion and hints of brass. Compared to Deep Sea Diver’s past works, the album’s instrumentals are more versatile and creatively driven. A sense of individuality has been placed upon their new work, which can only be positive.

Administering the vocals is Deep Sea Diver’s only vocalist, Jessica Dobson, who has a great degree of creative direction over the entire group. Dobson has participated in countless other bands and has an extensive vocal history. Her voice is comparable to obscure acts such as the band Wild Paintings, or to critically acclaimed artists such as Mitski. Dobson’s vocal range is highly impressive, and her work on “Impossible Weight” is shining. However, while most of the album’s tracks stay on a steady incline, they never quite reach their maximum potential. Luckily, the album’s vocals still meet critical quotas.

The process of creating the album was described by Jessica Dobson as a “sometimes-brutal-self-examination.” A brief examination of the lyrics is revealing. A standout excerpt from the intro track “Shattering The Hourglass” reads “shattering the hourglass, try to make a moment last, all the lives that I tried to live, did I make the most of it?” These lyrics in particular capture the theme of the record as a whole. Coming from a vulnerable time in Dobson’s life, she reflects upon her past in these lyrics and wonders if she regrets wasting much of her time. “Shattering the hourglass” is a metaphor for stopping time and hoping to retrieve moments that Dobson feels were taken for granted. The vocals and lyrics only get more personal and powerful with each subsequent release from Deep Sea Diver.

Overall, the project runs smoothly throughout the whole 42 minutes. Though the runtimes of each track vary, the project as a whole stays sonically consistent and never strays from its clever and ambiguous core. It is difficult to find a project that runs as smoothly as this one does. Because there are so few flaws with “Impossible Weight,” there is no doubt that their next record could be perfect. Hardly ever a stale moment, Deep Sea Diver ties together all loose ends and creates a deeply reflective and complex pop-rock record on “Impossible Weight” fit for anyone who may feel just a bit under the weather.