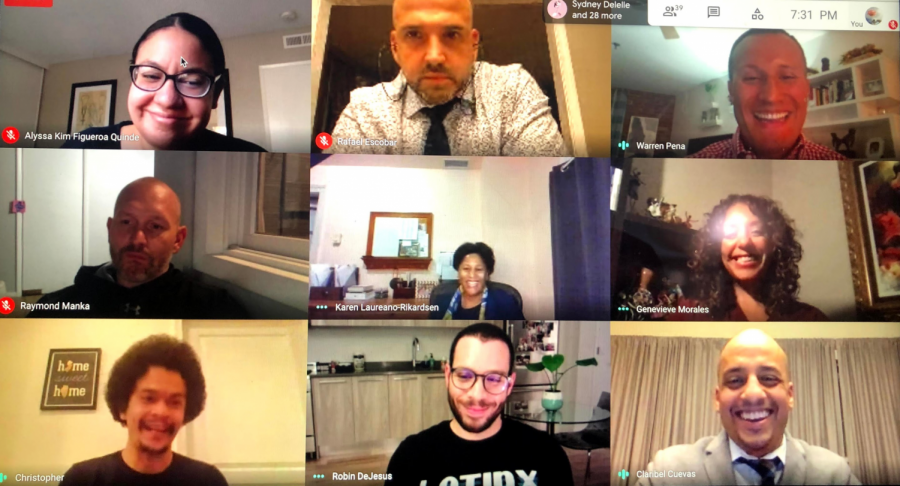 On October 8, 2020 the second annual panel for Hispanic Heritage month took place virtually. The panel was hosted by Dean of Students Thomas Agosto. Those on the panel included Latinos from Connecticut and New York from various backgrounds but a central identity that tied all of them together. From financial advisors to actors to language pathologists the panelists took the time out of their days to discuss how their ethnicity has played a role in their lives, and the importance of tradition.

When asked about the privileges and disadvantages of being bilingual differing responses were given.

Warren Peña, a financial advisor based out of New York City, replied, “Being able to speak Spanish has given me a competitive edge in the marketplace. One of the biggest things I learned is that being Latino and understanding the language  is critically important. It’s needed.”

Many children are unable to perceive the benefits of learning the language spoken by their parents. Peña, among others, emphasized the value it can have when it comes to the professional world. There can also be a struggle in the world as a student who is bilingual as explained by Genevieve Morales, a bilingual speech language pathologist.

“When I saw that students were being placed in special education just for speaking a second language I realized that I had to become an advocate,” Morales said.

During the question about the importance of non-Latinos hearing conversations like the one taking place that night, panelist Karen Laureno-Rikardsen spontaneously reverted the question to Principal Raymond Manka.

Manka responded, “I’ve had a great privilege of growing up in a lot of communities. I was exposed to different people. It really helped my life become rich.”

The final question that evening was, “What words of encouragement would you give a student who hasn’t found their passion or is struggling academically?”

One panelist, Robin DeJesus, a Puerto Rican actor, emphasized on remaining honest with oneself, “Always protect your authenticity. When you remain authentically yourself sometimes it means you remain alone. You have to persist in what you know is right for you. Remain curious.”

The annual event, while held under different circumstances this year, still had the same positive impact on students listening from their computers at home. The spirit of the panel allowed it to be an educational and light-hearted space for communication, and provided Stamford High School students with the inspiration to succeed in the future. Students were able to witness success stories of people that looked just like them.