The Round Table • March 28, 2020 • https://shsroundtable.com/uncategorized/2020/03/28/how-coronavirus-is-affecting-my-senior-year-spring-sports/

How Coronavirus is Affecting my Senior Year: Spring Sports 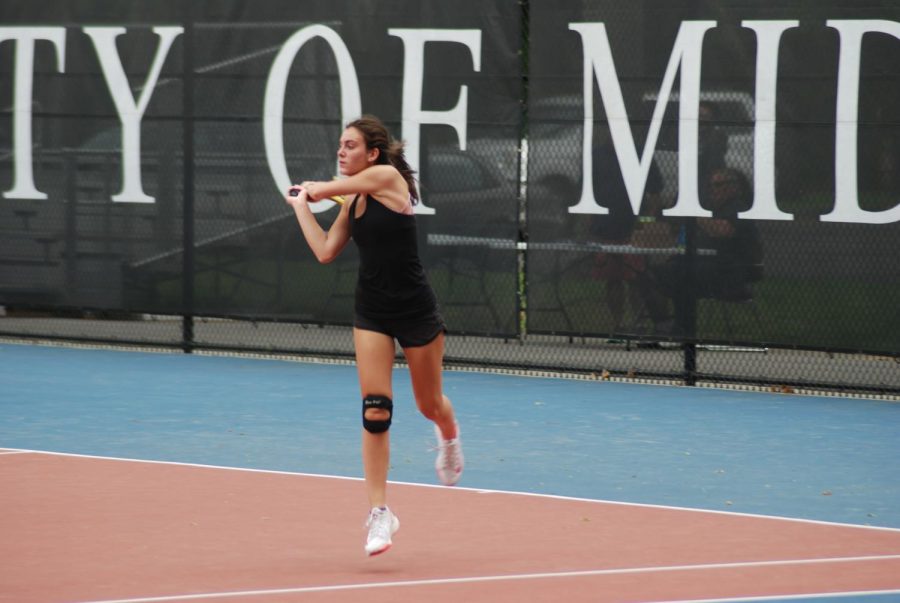 For myself as a student, as an athlete, and as a teenager the main thing we’re told is “never quit, it will get you nowhere.” The same people who told us to never quit are telling us we may have to. Having to quit the sport I love because of something I can’t control is heartbreaking. Being a front runner for tennis for the past three years and possibly not getting the chance to play for the final state championship is absolutely devastating.

Normally spring sports would already be in session and we would already be outside practicing, getting ready to start matches soon, but instead, we just have that unsettling feeling wondering if our season will ever actually begin. From the age of four to now, tennis has brought me many smiles, laughs, and even tears.

In 2016, I came to Stamford High School. I had played tennis competitively all my life but little did I know I was just starting my tennis career. I was a little freshman, nervous, knowing I would be competing in the toughest division, the Fairfield County Interscholastic Athletic Conference (FCIAC), against mostly upperclassmen. My coach told my twin sister and me that we would potentially be able to win the state tournament as freshmen. This seemed far fetched for us. But as we started our matches we were rolling through teams. We surprised everyone being freshman winning matches against affluent towns as we were from Stamford, a city not known for tennis. The thought of winning a state championship started to become clearer when we beat Darien in a three-set match.  After this huge upset, we suddenly had a target on our back and we were the team to beat. The regular season went on and we lost in a heartbreaking three sets to Staples who went on to be the number 1 seed in the state tournament. We were attracting attention from local newspapers and sports sites. June came around and we were hungry and we wanted to win. We finally made it to the finals at Yale. We played in the big stadium with a chair umpire. It felt like we were playing professionally, we were both nervous but realized we had nothing to lose which put us at ease. We decided to loosen up and just play our game. Game after game it was coming to us. After a two hour battle, we won 6-0, 7-6 and the unimaginable happened for Stamford. We captured the first-ever state title for girls tennis and ended our freshman year on top.

Sophomore year we came out with so much energy, we had just closed our freshman year with one of the highest moments of our careers and completed the regular season undefeated, 16 and 0, we were the one seed in the state tournament and played the 2 seed, Staples, in the final. Sadly, we couldn’t finish and lost in the third set by a matter of 2 points. Junior year we came out hungrier than ever. We didn’t want to experience that feeling of loss again. That loss fueled us and we ended the year with a win-loss record of 20-0, as CT State Champions once again.

I have worked for countless hours preparing for my senior year and nothing compares to this feeling of loss. For the past three years, my routine in the spring has been school, tennis, home. Five practices a week and another on Saturday mornings. All year I have been training for this season. I was really excited about going out the right way one last time, to try and defend my title. Win one more and capture my third state championship but I won’t even be able to go down fighting for it. I realize now that I may never have a chance to compete and have all my best friends and family watch and cheer me on. The joy brought from tennis was something words can’t even describe. The rush you get when your parents give you that hug after your match and everyone says how proud they are.

As heartbreaking as this is, if I don’t get my final season, I want to say thank you to Stamford High Tennis. Giving me friendships laughs, and irreplaceable memories like our yearly trips to Stew Leonards for ice cream after an on the road win, weird workouts that Mr. Gladstone (our coach) made on the sixth floor, the speaker where we would blast music and even the boys on the baseball field could hear it, bus rides and each getting our favorite candies and of course the famous pasta parties at the firehouse. I will cherish these for the rest of my life.

Being the first girls’ tennis team to win a state title for Stamford High is something that I will remember forever and I’m so glad that I was able to create history doing something I loved.  Although it feels a little selfish, I would take a state championship loss 10/10 times rather than being stripped of my whole senior season. I’m sad enough that my senior season is delayed, and even more saddened at the thought that I may not be able to have those final moments of the sport I’ve put my life into with my best friends.