Standardized Testing Should Be Abolished 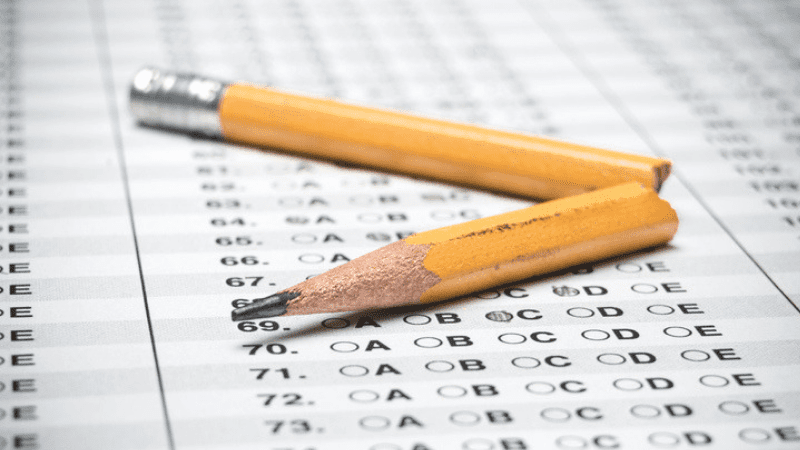 What if I told you the inventor of an idea or product said his invention or concept shouldn’t be used anymore? Well, that is exactly the case with Frederick J. Kelly, the man who invented standardized tests (and no relation to the Fredrick Kelley who teaches English right here at SHS). Kelly states, “These tests are too crude to be used and should be abandoned.”

Standardized testing is common in the United States education system. Taking the SAT/ACT does not give students much if a voice when it comes to applying for colleges. Students are forced to take long, high-stakes tests that claim to assess their knowledge of a specific topic. As the tests pile up, the answer to a seemingly simple question continues to evade parents and students alike: is standardized testing even effective and accurate? I strongly believe that standardized testing is neither needed nor effective for the average student in the United States. While these scores do act as a comparison for college applicants, there are many, more accurate categories to evaluate the applicants.

Looking at the larger picture, many high school students are not test-takers and the idea of determining a student’s academic capability through only one test is unethical and much too challenging a demand. Ben Weckstein, an Admissions Counselor at Loyola Maryland, a test-optional college, states, “We believe in the importance of what you have accomplished over the last four years as opposed to the four hours on a random Saturday.” A student’s diligence throughout his/her years in high school both inside and outside of the classroom should be considered more than one test – especially a test that is a poor measure of educational quality.

Some colleges are trying to become more flexible and more test-optional, despite that doesn’t equal to how these standardized achievement tests should not be used to judge the quality of individuals’ education levels. The underlying factor is that students’ scores on these tests don’t provide an accurate example of educational effectiveness. This point proven by tutors and teachers. When a student gets tutored for the SAT/ACT, they hope to increase their score. To do this,  teachers and tutors simply teach the common traps and tricks of the standardized test, as this is the most efficient way to increase scores. If the test truly measured educational effectiveness and what the student has absorbed throughout learning, then training for these tests would be more direct. One would think to increase a student’s writing section score, teachers would teach common writing errors, and to increase a student’s math score, a math teacher would teach the student math. However, since the SAT/ACT doesn’t actually measure educational effectiveness, this is not the tutor’s focus to increase students’ scores. Rather, the tutor is focussed more on teaching the student the ins and outs, the nooks and crannies, of the test. Clearly, the SAT only measures how good you are at the SAT.

Furthermore, college admissions officers and administration at the high school level need to be more aware of the stress this puts on students. There are many students who face heightened stress when it comes to testing. Because of this anxiety, they may do so poorly on tests just out of fear. According to Gref Jouriles, a writer for educationweek.com, “Standardized tests are unnecessary because they rarely show what we don’t already know. Ask any teacher and she can tell you which students can read and write. That telling usually comes in the form of letter grades or evaluation breakdowns.” Students should be judged on their quarter grades since freshman year, as well as their out of school achievements, and their extracurricular activities. These factors matter way more than unfair tests. To further these points, the character of a student is more important than if they get a perfect score in the math section.

Using one test to determine the fate of a potential college student is inadequate, inaccurate, and unfair. The SAT/ACT should be abolished completely, and in the meantime, more colleges should join the growing test-optional submission process. Moreover, former students should be on the panel that designs the tests. It also may be necessary to alter the SAT/ACT from state to state, or even from school to school. Maybe standardized testing shouldn’t be so standardized. After all, all students learn different material and absorb it in different ways. In the words of Albert Einstein, “Everyone is a genius. But if you judge a fish on its ability to climb a tree, it will live its whole life believing it is stupid.”