The Round Table • December 12, 2019 • https://shsroundtable.com/uncategorized/2019/12/12/new-overtime-cuts-worry-stamford-high-custodians/ 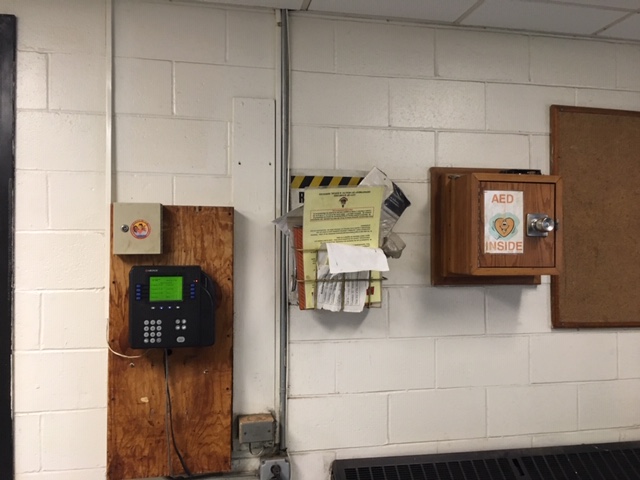 Recent cuts to custodial overtime have some staff worried about long-term functionality of school facilities.

The Stamford Asset Management Group (SAMG) has recently made policy changes to custodial procedures and management, causing concern from the Stamford High School custodial staff that it will negatively affect the long-term functionality and maintenance of the school.

In June 2019, the SAMG took over management of Stamford’s Board of Education facilities, and has since made procedural changes as a result of Stamford Public Schools’ efforts to fix its $3 million deficit. The objective is to avoid using custodial overtime, which was reported to be approximately $1 million over budget in the 2018-2019 school year.

According to an interoffice memo, the SAMG instructed that if a member of the custodial staff is absent, another custodian must cover their work during their regular shift to avoid resorting to use of overtime. The typical practice prior to the changes would have been for custodians to cover the work of an absent staff member during overtime hours, without needing to file a request days prior. Custodians are now to make requests for needed overtime, which must be submitted to a SAMG Facilities Manager a minimum of 72 hours prior to the intended day of use.

In addition, the SAMG suggested eliminating “project work” (which includes cutting grass, cleaning floor drains, roof drains, catch basins, the exterior of the building, replacing air filters, and other long-term maintenance tasks) for the days necessary to get back on schedule, while also utilizing “modified cleaning,” which includes cleaning and mopping bathrooms, emptying garbage, vacuuming and sweeping floors, and wiping down desks and tables.

In the event of an after-school activity or sporting event, the SAMG said that custodians must do the same as they would in the event of an absence: allocate work hours during regular shifts instead of resorting to overtime to staff, set up, and/or break down the event.

Some custodians are worried that the changes could do more harm than good in the long run. Stamford High custodian Joseph Bottoni said, “If there was only one or two of these events a week, this policy change could possibly work depending on the scope of the event. The issue is our schools have anywhere from two to ten of these events a night.”

Bottoni said this could lead to a snowball effect. “This never allows staff to catch up because we are starting off the night behind schedule and then have new events going on that night,” he said.

Multiple custodians have agreed with Bottoni’s statements off the record and also shared similar concerns with Round Table reporters. In response to the new policy that would require custodial staff to complete preparation for events during regular work hours, Stamford High custodian George Harrold said that custodians would have to be at all after-school events and sports games for proper maintenance, and overtime is the only way that could happen. “It’s been this way for about a hundred years. I’ve been here the longest out of all of [the custodial staff]” he said.

Personal finances are also impacted in many cases, as custodians often make a good portion of their income from overtime pay. It is estimated that a Stamford Public Schools custodian made, on average, $25,000 from overtime in 2018, according to the 2018 city of Stamford employee earnings list.

Cindy Grafstein, a task force member of the SAMG, told The Round Table, “The SAMG is confident that with proper planning and management at the building level, all work can and will be done as necessary.”

Grafstein explained that most schools affected by the policy change have had successful adjustments. She described it as a more efficient cleaning practice that was also more cost efficient, and that the effort of the Stamford High custodial staff is appreciated.

Bottoni claimed that the schools where the change is working best are elementary and middle schools, where the extracurricular workload is not the same and there are no part-time custodians.

“At the high school level we have after school activities almost every day. This has led to staff coming in every day behind schedule on our normal daily cleaning routine and project work,” Bottoni said.

Bottoni added that the alleged $1 million that was over budgeted in custodial overtime includes all the hours that full-time custodians were paid to cover the shifts of part-time custodians that were never provided. This also includes all building use wages, which, he said, the city gets paid for.

“The people and organizations paying to use our buildings and fields pay out of their pocket for custodians. If you account for all that, we were close to budget if not under,” Bottoni said.

Stamford High’s Principal Raymond Manka explained that he and the staff were frustrated when many of the requests for needed overtime hours would be denied at the beginning of the year. Bottoni said that a fellow custodian has been absent for three months and the staff have still have not received a replacement or approval for additional overtime.

Manka also said that maintenance of the outside of the school, which is a part of “project work,” is an important element of first impressions, and that to keep our air systems clean and in avoidance of mold or other issues, project work is vital. These events and changes may postpone the completion of the outside courtyards of the school yet again, which he described as “unfortunate.”

Manka said that he does not want these overtime changes to be a limitation on Stamford High’s ability to host events, like the Connecticut Debate Association Tournament and the USBands New England Championships that have already happened this year. He said that these events took a lot of preparation and communication on both ends, but added that things have improved and a middle ground seems to be forming, although the situation is “still not ideal.”

And with new projects coming up, like roof reconstruction, more help is needed. “We need hours to do that,” Manka said.

Manka also emphasized his appreciation for the custodial teams’ work ethic and everyday efforts to keep Stamford High maintained the best they can under such conditions, “Kudos to those guys,” he said.

Although the district is currently looking to conserve money in any way it can, Bottoni and others feel that this may not be the ideal way.

“If we go ahead with this new policy change, yes, the city will save money, but at what cost to our schools, staff and students?” said Bottoni.