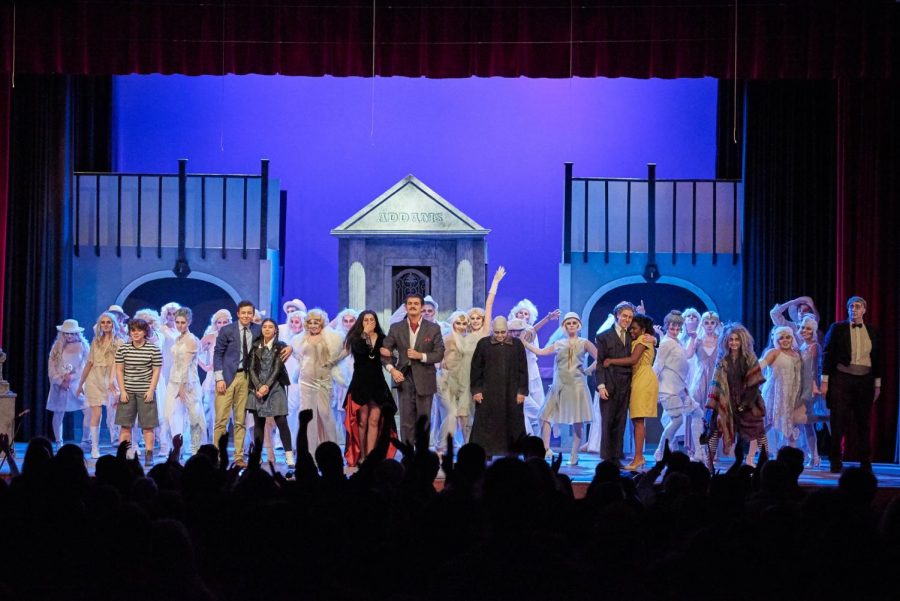 May 2019 - Closing night of the Addams Family

Big news for some of our Strawberry Hill Players! On Wednesday, May 15, Stamford High School performers were nominated for a total of 16 awards from the annual Halo Awards.

We spoke with some of those nominated for awards and they had a lot to say.

“I saw the website and I could not believe it! I was already so excited for my fellow cast and crewmates and then I saw my name and I just started crying tears of joy. We all worked so hard and being recognized after such dedication and effort is very rewarding. So proud of everyone apart of the Strawberry Hill Players and I’m proud to have been a part of this amazing program for my four years at Stamford High, ” said senior Nicole Henkel.

Strawberry Hill Players President, senior Cara Grasso, is very proud of her team. “It’s an exceptional honor to be recognized for two shows that the entire team worked so hard on. we are so looking forward to attending our first Halo awards! I am beyond proud of all the hard work and dedication that allowed us to be recognized for the theatre that we love to do.”

Junior Andrew Patashnik said “after putting in months of hard work for both of these productions, it felt great to be recognized by people who really understand the craft.”

“It’s such an honor to be recognized along with the rest of my castmates! It’s truly an indescribable feeling. My fingers are crossed that we bring home some awards,” said sophomore Arianna Hernandez.

More than 60 high schools from across the State of Connecticut participated in the Halo Awards this school year. Our Strawberry Hill Players will be honored in a ceremony on Wednesday, May 29th  at the Palace Theater in Waterbury.