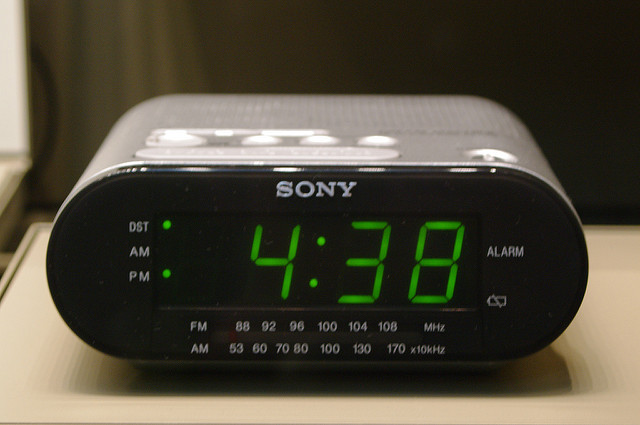 If you were to randomly select a high school student and ask them if they got enough sleep last night, their answer would more often than not be a yawn-induced “no.” According to the National Sleep Foundation, adolescents require eight and a half to nine hours and 15 minutes of sleep each night to feel completely well rested and be at their best. However, when surveyed, it is revealed that the majority of teens get fewer than seven hours of sleep each night.

At Stamford High School, the first period bell rings at 7:25 a.m. For some students, this is not a problem. But for others, waking up on time in the morning is like competing against yourself. That infamous phrase “five more minutes” turns into 50 minutes and before you know it, you’re scrambling to make it to school as fast as you can. Live Science stated, “Some children’s health organizations recommend that schools start no earlier than 8:30 a.m., to help teens get the sleep they need.” High school students have a swamped schedule—juggling homework, sports, clubs, jobs, family obligations, and a social life is difficult. With all this going on, going to bed at a reasonable time every night is almost impossible, and waking up is even more challenging.

However, early school start times can also have their benefits, like ending school earlier in the afternoon. This allows students to have more time for homework, jobs, or daylight for outside practice. But as a student, I would trade these benefits in a heartbeat for the well-rested academic performance, fewer absences and even improved health that later start times can bring.

A study done by researchers at Washington University showed that when middle and high school start times in Seattle were pushed from 7:50 a.m. to 8:45 a.m., students got an average of 34 more minutes of sleep a night, with an improvement in grades and a reduction in tardiness and absences. “You might think that when school starts later, teens will just stay up later. But that’s not what researchers found. Bedtimes stayed relatively constant and kids caught some extra sleep in the mornings,” says lead researcher Gideon Dunster on National Public Radio.

Sleep to teenagers is invaluable when our day-to-day schedule is so crowded. Academic performance is improved, along with our state of mind when enough sleep is achieved. Going to school can feel like less of a mandatory task when you aren’t struggling to get out of your bed in the morning, and it can even be something you look forward to instead of anticipating that after-school nap the second you start your day.