Mac Miller – Making Every Day the “Best Day Ever” 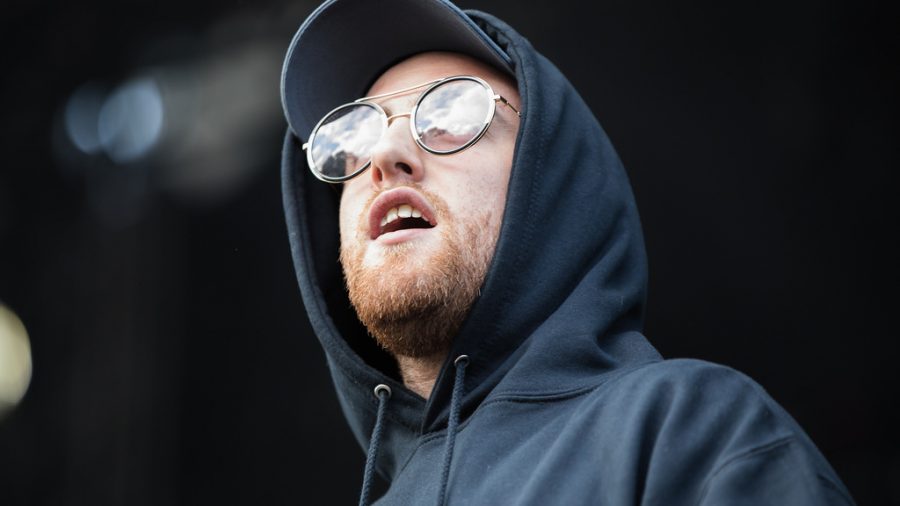 Mac Miller, the Pittsburgh native known for his diverting lyrics and soulful compositions, passed away Friday due to an apparent drug overdose. Miller, born Malcolm McCormick, was only 26 when he died.

Miller began releasing mixtapes at the age of 15, and at 18, released his first big hits: “Knock Knock,” “Kool Aid and Frozen Pizza,” and “Senior Skip Day.” These songs embody the carelessness and freedom of teenage years that seemed to be a recurring theme in his early music. Miller raps in the light of his youthful ambition that he harnessed at the start of his career. “Enjoy the best things in your life cause you ain’t gonna get to live it twice,” he raps — an early call from Miller that showed he was choosing to live life as brilliantly as possible.

At 19, he released “Donald Trump,” a publicly acclaimed single loved by all but Donald Trump himself, who tried to sue him for the use of his name. “You know you can’t sue someone for being incredibly talented and super good looking,” Miller joked on The Nightly Show. His light humor seen in more ways than this was just another asset that set him aside from mainstream rappers and contributed to his “corny white guy” persona, as he once called it.

The start of Miller’s career set precedent for his upbeat rap style and witty lyrics. It was only a matter of time, though, before Miller revealed himself as a man of progression. The rapper’s journey since his debut has shown his talented level of artistry and continuous emotion-filled outlooks on life.

Miller debuted his first studio album, Blue Slide Park, in 2011, which became the first independently distributed album to reach number one in the charts since 1995. Watching Movies with the Sound Off was released in 2013 and showcased the jazz style he had begun to utilize as he moved away from his younger “frat rap” style of music. Miller collaborated with rappers who, like himself, have been praised for their musical and lyrical talent, including Tyler the Creator, Earl Sweatshirt, and Action Bronson.

In 2015, Mac Miller released GO:OD AM, an album that included his platinum single, “Weekend.” Compared to the music he was releasing in his teens, the song, and the album as a whole, held a more relaxed and slightly somber tone. Songs on the album like “Ascension” and “Doors” reiterate the jazz style he continued to use as well as his overall appreciation for musical variety. Miller was a self taught musician, playing piano, guitar, drums, and bass. His indulgence in music in more ways than rap itself allowed him to develop his melodic sounds that listeners grew to love.

Mac Miller’s final album released before his death, Swimming, was said to mark a new period of growth in his life. “I was drowning, but now I’m swimming — through stressful waters to relief” Miller rapped on the opening of the album. After struggling through years of depression and addiction, a new light seemed to be emerging for Miller. It turned out to be a false hope.

The final track of the album is titled “So It Goes,” a seemingly perfect title for an outro, but the song now evokes an eerie feeling of clairvoyance when looked at in terms of Kurt Vonnegut and his use of the phrase following deaths of his characters. It feels like a final farewell left to follow his tragic death.

Mac Miller admitted to using drugs and drinking excessively, but never referred to himself as an addict. As his fame grew, he was given more opportunities to try new drugs when weed didn’t seem to cut it anymore. “Just kind of sitting there by myself all the time, you know it just becomes, like, toxic,”  he said in his 2016 FADER documentary. “It started by me just sitting inside all day…then you get bored, then you’re like well I could just be high and I could have a whole adventure in this room.” The accessibility to substances that comes with fame is a danger that has been around since the birth of rock and roll. “Every pop star has an unexpected moment when they’re alone. Suddenly, you’re in a bedroom on your own and you have a couple of hours to spend and what do you do?,” Paul Gambaccini said in the documentary 27: Gone Too Soon in reference to the overdose of Janis Joplin. The repeating tragedy amongst musicians continues.

“Overdosing is just not cool, there’s no legendary romance, you don’t go down in history because you overdose, you just die,” Miller told FADER. No one imagines themselves over indulging until they do. Mac Miller’s continuous struggle with drugs was a battle he looked passed to keep music in view. At one point, though, the constant pressure of publicity crept up on Miller and pushed him to move away from lean for a while. “F–k, I’m gonna be on national TV, I’m a mess, I better put this cup away.’ And everyone was like, ‘There’s no way he’s gonna be able to do it.’ And I f–kin’ stopped,” he said to Noisey.

“I wanna be positive as a human being, and through music, but I also wanna have low points… because nothing is all good,” Mac Miller continued in his FADER interview. Drugs resurfaced in his life despite his efforts to leave them behind, and ended up being his ultimate low point.

“Best Day Ever,” a song off of Miller’s 2011 same name mixtape, best epitomizes Mac Miller’s outlook on his life. Through bouts of extreme sedation, heartbreak, and moments of self doubt, Miller knew above all that life was good. “No matter where life takes me, find me with a smile, pursuit to be happy, only laughing like a child,” he sings over sounds of chimes. He lived to create and refused to get in his own way, even if that meant working through his darkest moments. His death was a halt in his musical quest. The world never got the chance to hear the newest version of his sound or see his complete evolution from the prospering 15-year-old he began as. Parting too soon, Mac Miller leaves us with just a chapter of his journey through himself and his music, but forever remains a man of extreme talent and life itself.