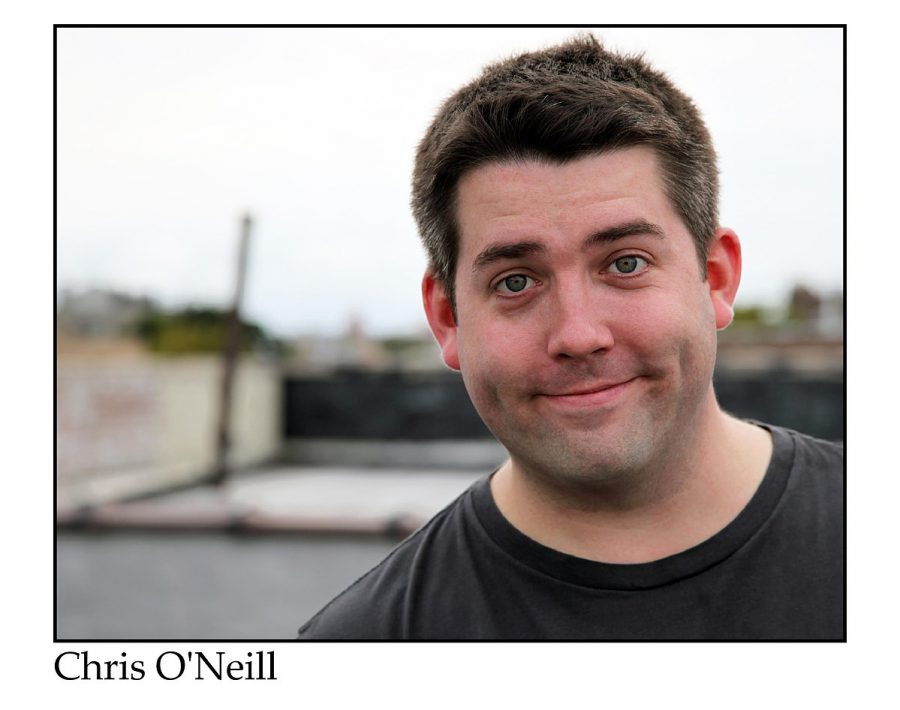 Stamford High Alumnus Chris O’Neill will be hosting a fundraiser for the drama club on December 23.

One of Stamford High’s most famous alumni is coming back to the stage he started on. Former Book of Mormon star Chris O’Neill will be the MC for this year’s Knight of Cabaret, the annual fundraiser for the Stamford High drama club. Tickets are now available to see O’Neill perform on the Stamford High stage on December 23. Unlike tickets for Book of Mormon, the most expensive seat in the house is just $30, $20 if you are a student.

Chris O’Neill says he never considered performing arts until SHS music teacher Gloria Sinaguglia asked him to take part in Bye Bye Birdie because there were not enough male ensemble members. “I went to the first rehearsal and I was hooked.” O’Neill remarks that he is “still best friends with a good amount of those people I met in Drama Club.”

One of those friends, Rogers International School music teacher Josh Sette, will be sharing the stage with him at Knight of Cabaret. Sette says this of his former classmate: “He was funny. It was funny. He was really funny.” So I guess that means we’re in for a funny time! Look for Sette playing piano at this year’s show.

The advisor for Stamford High’s Improv club, Bobby Pavia, said he was one of O’Neill’s best friends back in high school. Pavia has fond memories of his time with O’Neill at SHS. “If you had an idea for anything, whether we were on stage or just being idiots in our own lives, he’d be all about it,” Pavia said. “Everything was funny with him.”

O’Neill credits his time at Stamford High with his life success: “I still look at the stage at SHS and a wave of feelings hits me. It definitely set me on the right path which led me to having a professional career doing what I love.”

Stamford High Junior Alejandro Ross is just one of many talented current students taking part in this year’s show. “The Cabaret is the place to show a talent of yours that not many other people know that you have,” Ross said.

Knight of Cabaret’s producer Thomas Desalvo graduated with O’Neill in 2000, and is thrilled to once again share the stage with him. Desalvo created Knight of Cabaret nearly 10 years ago. Knight of Cabaret is the main fundraiser behind the Strawberry Hill Players four yearly productions, including this year’s musical, The Wiz!

The evening begins at 7 p.m. with a coffee and cookie reception allowing time for alumni to see each other and catch up, followed by the show beginning at 7:30 p.m. Tickets will be available at the door, but are selling fast. Seating is by general admission, but you can reserve seats by ordering tickets today and emailing Desalvo ([email protected]) with your name and the number and type of tickets that you want.