Mad at North Korea? Hack Back!

Why the US Should Fight Fire with Fire 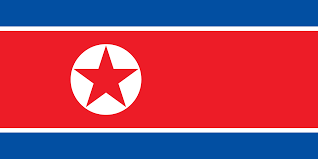 Sony Pictures Entertainment received massive media coverage recently after making the decision to cancel the release of the movie “The Interview”, starring Seth Rogan and James Franco, after receiving terrorist threats from hackers. The FBI has now identified the hackers as being a part of the North Korean Regime, after connecting the codes used to hack the database to that of the coding used in North Korea. But despite all the allegations against the nation, the Korean Central News Agency claims they had nothing to do with it, saying, “Whoever is going to frame our country for a crime should present concrete evidence.” The regime has even gone out of its way to say they wish to assist the U.S in the search for the true hackers in a joint investigation, but followed up by saying through the KCNA, “If America refuses our proposal of mutual investigation, continues to link us to this case, and talk about actions in response, they will be met with serious consequences.”

Of course, I believe the U.S shouldn’t allow itself to be intimidated by any country, let alone North Korea. As a matter of fact, I think the best thing the country can do right now is strike back; by hacking them the same way they did us. North Korea has been known to isolate its people from the rest of the world, not allowing them access to foreign news outlets and certain websites. If we can somehow hack into their databases and grant people access to those things for a certain amount of time, it would prove to the regime that we will not tolerate their threats and invasion of privacy. By doing so of course, there will be backlash and possibly even more threats, but I don’t believe it’s anything the U.S can’t handle. This is the land of the free and home of the brave, after all.

The clandestine group of hackers known as Anonymous has even responded to all of this commotion through Twitter, saying they also feel the same way about hacking them back. “We’re not with either side, we just want to watch the movie too… and soon you too will be joining us. Sorry @SonyPictures,” their statement read.