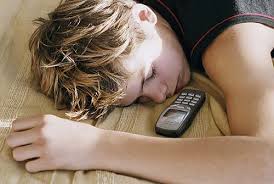 The Board Of Education (BOE) is stealing a valuable resource from its students: sleep.

“Make Sleep a Priority!” That’s the creed adults have been feeding teenagers for generations, and it’s those same adults that apparently believe simply saying things magically makes them true. According to the Sleep Foundation, an astonishing 85% of students classify themselves as sleep deprived, which qualifies as anything less than eight and a half hours of sleep. On average, most students have to wake up (at the very latest) by  6 a.m. to be able to make it to school on time. This means that teenagers are forced to balance school, extracurricular activities, sports, and a social life all before 10 p.m.every night…are they ignorant, or just plain stupid?

Cue the hypocrisy:  A teenager’s natural sleep cycle only begins around 11 p.m., meaning a student would have to wake up at a minimum time of 7:30 just to receive an adequate amount of sleep. The BOE is knowingly cutting into its student’s natural sleep cycle, and furthermore condemning the very same students for not receiving enough sleep.  In addition, sleep deprivation has a direct correlation with students who do worse in school, as it decreases focus while simultaneously increasing fatigue. The BOE is the sole entity at fault for why teenagers are so sleep deprived.

“It’s really disgusting. This schedule hinders not only my ability, but the ability of my peers to get sleep”, senior and “class snoozer” Bennett Leeds said. “It’s not like I enjoyed being elected “class snoozer.” The fact that I have to sleep in my some of my classes just to get through the day proves there’s something clearly wrong with the current approach.”

Advanced Placement psychology teacher, Jeanne Valentine, concurs with this stance. “Humans have something called a Superchiasmatic Nucleus, which in layman’s terms means our bodies are naturally designed to sleep when its dark, and awake when it’s light out. Starting school for high school students completely damages this nucleus, and disrupts their bodies’ overall health,” said Valentine.

Based on all this information, I have come to one final conclusion: the people who set school policy at the national level are a combination of monkeys and various other incompetent zoo animals. They know the harmful effects of sleep deprivation both inside and outside of the classroom, yet continue to maintain this ludicrous school schedule. Do they not realize that this insanely early schedule only brings consequences?

Their default counter-argument lacks any sustenance, where they argue how later school start times would mean later school endings, leaving less room after school for sports and extracurricular activities. But what good does it do if students are too tired by the end of the day to even participate in any type of extracurricular? Then their whole argument backfires.