To Sleep or Not to Sleep at Stamford High? 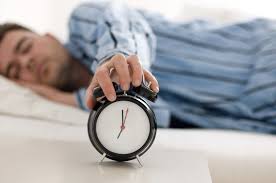 Sleep is to the brain as food is to the body; and as that analogy goes, we are all starving at Stamford High. Sleep is something that we crave. It’s a luxury, and many of us encounter only 6 hours every night. According to the National Science Foundation and the Journal of American Medical Association, “sleep deprivation is known to have the same dangerous effect as being drunk when driving.” Just as it ruins our ability to drive and use basic motor skills, it inhibits the process of learning on a fundamental level.

We chose to interview a few Stamford High students to give their thoughts on the matter as well as some insight to their daily sleep routines.

Question 1: How many hours of sleep are you getting a night on average?

Kirsten Mcleod: “Six, but sometimes I get like four.”

Anonymous: “Five-and-a-half hours on the daily.”

Manshi Bhavsar: “It depends. It ranges from five to seven.”

Charlotte Leclue: “It varies based on homework–like seven-and-a-half hours.”

Vally Mansour: “Usually about four hours, but I also take an hour nap.

Question 2: How many hours did you sleep last night?

Question 3: Do you consider yourself sleep deprived?

Kylie Giamba: “Not recently, no.”

Manshi Bhavsar: “For the past four days, no, but before then I was definitely sleep deprived.”

Question 4: Would you do better in school if it started later?

Kenny Lafontant: “Yes, and I’d have more time to eat. It would also make me more happy to be in school.”

Question 5: How much sleep do you need to feel really refreshed?

Kenny Lafontant: “I need enough for my body to wake up naturally.”

Question 6: Do you sleep in any of your classes.

Wendy Marroquin: It depends on the time and what class it is.

Question 7: Are you addicted to caffeine?

Charlotte Leclue: “No, I’m allergic to it.”